The Google Effect On Our Brain

Quick Question: What was Singapore originally known as? Do you happen to know the winner of the 2012 F1 World Champion? What year was the first search engine invented and who coined the term SEO?

Well, let’s be honest here, you’d be compelled to ask Google for the answer.

Human behavior is changing in noticeable ways because of the digital age, and a lot of scientists see that the same changes could also happen on how a person’s brain works too. Why do you have to store information in your brain when you can simply look for the answers on the Internet? The research on this matter is still at its early stage, but some compelling studies show that fact recall is becoming obsolete for humans. People remember how and where to find facts rather than remember the facts itself.

Betsy Sparrow, an assistant professor of psychology from Columbia University dubbed the phenomenon as the Google Effect in a paper published by the journal Science in 2011. “Digital Amnesia” is a related phenomenon wherein you tend to forget things you know a machine can remember for you.

Four studies were conducted by Betsy Sparrow that points to a similar phenomenon: When an individual thinks that he or she can just look up something later, they won’t bother themselves remembering it. One study done wherein the subjects typed trivia avowals in a computer and were instructed to save them in one of five folders, it showed that the subjects were good in remembering the folders than the facts inside them.

In 2013, researcher Linda Henkel from Fairfield University published a related study that came to comparable conclusions. Some of the subjects were instructed to photograph the artworks in a museum, and those who did it were less likely to recall what they have seen. Henkel called it the “photo-taking-impairment effect.” Before you pull out your camera while on a vacation situated in a beautiful spot, you might want to consider Henkel’s work.

A technology firm known as Kaspersky Labs published a survey, while not peer-reviewed, is filling out the picture in some intense ways. Their survey around digital amnesia suggests a reason that you might remember the British king name from high school but not the World Series winner seven years ago – you knew about the king’s name first before the Digital Age. They also found out that about two-thirds of adults still remember their phone number at age 10, but far fewer knows the current phone numbers of their children.

Mind you that such conducted studies aren’t the first to hint that technology is making people’s brains lazier. M.R. O’Connor, a science writer, believes that human brains are physically at risk from too much reliance on using GPS. Studies were showing decreased brain activity in the hippocampus for those who are using GPS instead of making mental maps while they are driving. With this, according to O’Connor, it could lead to physical shrinking of that certain part of the brain, which also means that you could have problems in finding your way back home if in case the GPS gadget is turned off or not working.

Google effect has many great things. Number one, memories can be imperfect. We all know that computers are way better in storing and retrieving substantial amounts of info compared to humans. When a skyscraper connection to the power grid is being repaired by an electrician, you most probably won’t let the person rely on memory alone. So basically, life can be compared to an open book test rather than a quiz show. Knowing where you can look things up is usually the more potent skill.

People are being warned by sparrow not to fall into the common trap of thinking that technology has made some effects that are never seen before. Offloading fact recall is not considered a new occurrence. Families and groups have actually done this for many years. Spouses who are always questioned about where the clean socks are kept, or a manager who keeps asking an admin where the next meeting will be, definitely know this. Such a phenomenon is known as transactive memory, and Sparrow thinks that technologies such as Google are serving a similar function.

Sparrow said, “Since the advent of search engines, we are reorganizing the way we remember things. Our brains rely on the Internet for memory in much the same way they rely on the memory of a friend, family member or co-worker.”

Offloading memory tasks are not considered dumb or lazy, they are actually more efficient. Genevieve Bell, an Australian anthropologist made such a case in The Independent way back.

She said, “Being able to create a well-formed question is an act of intelligence, as you quickly work out what information you want to extract and identify the app to help achieve this. To me, this suggests a level of engagement with the world that’s not about dumbness.” She also added, “This isn’t making consumers more dumb; instead, it’s helping them to think smarter.”

However, many scholars show expression of grief over the potential dimming of the part of human brains that manages fact recall. Science journalist Annie Murphy Paul and author of an upcoming book called brain development sites that it is not always practical pausing to look things up. And one of her favorites examples – learning a different language.

Annie Murphy Paul said “The way I think of it is this: You could ‘speak’ a foreign language by looking up the translation of what you want to say, one word at a time. But you would in no sense be fluent in that language, and you’d probably get a whole bunch of things – syntax, shades of meaning – wrong.” She then added, “The same is true for Googling one fact at a time as you construct an argument. It just doesn’t work – you need to have a whole lot of stuff in your heads in order to put the pieces together and construct a fluent account.”

When you are writing down a memo or an essay, you might notice a pile of notes near you. But if you pause in every phrase because you want to look things up, you will never get things done, and you will end up having choppy writing. Your writing will be smoother if you have more stored facts in your head. As a side effect, you can make connections too and even offer new insights that can only come from a collision of facts.

To navigate digital amnesia, the best way is to let the computers perform what they do best – let’s say, for example, you don’t need to remember hundreds of email addresses of employees – but take note you need to refrain being tempted in offloading everything that your brain used to remember.

It could be very helpful to remember quarterly sales figures from several years back, you’ll never know that one day, and you’ll encounter new info that may serve as the last piece in your grand sales conundrum.

Paul also said, “We need to have lots of knowledge stored in our brains in order to think effectively.” This is one noteworthy advice that people should keep in mind.

Changes In Digital Marketing Since COVID-19

Pandemic Serves as a Wakeup Call to Adapt Digital Transformation

Claim your S$2,000 audit for FREE by telling us a little about yourself or your business.
No obligations, no catches, no hidden clauses. Just real, revenue results. 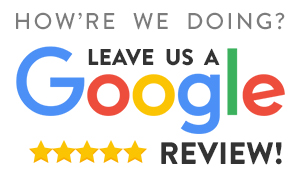